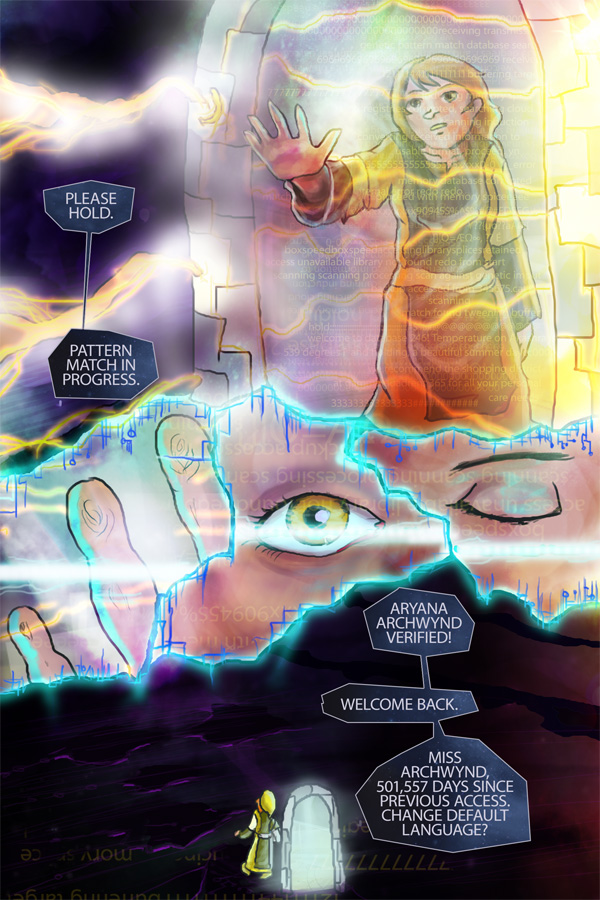 I fixed the last page which was not displaying properly so if you missed it, hit the back button.

Comic of the week time!

Dream*scar is one of my personal favorites, a weird angst-tastic manga about supernatural creatures like vampires and werewolves and stuff. It’s a bit slow for the week-by-week follow, but it’s a pretty gripping read for an archive binge and the art is hella pretty. Read it for the pretty vampires, come back for the ANGST .

I just watched an episode of Star Trek: TNG I feel the need to recommend. It’s Frame of Mind in season 6, and it’s like, psychological horror which was rather a twist on Star Trek and really showcased the actor who plays Will Riker’s skill at portraying, well… psychological horror. It’s screwball episodes like this that are totally off the Star Trek beaten path that make me a bit of a Trekkie these days. I used to be in the Wars side of the equation, but what makes Star Trek so glorious to me now is I really don’t know what to expect; sometimes it’s classic, easily anticipated stuff, sometimes its genre defining cliches that weren’t necessarily cliche at the time, and sometimes it’s things that push the boundaries of what TV could do at the time. I feel like it was a very important step in television. For example, one episode had a transgender character from a race that was supposed to be agender. It was absolutely HORRIFYING by today’s standards and was a great reflection on reactions to alternate gender and sexual identities… which is kind of intensified when you realize that it was made like, 20 years ago and we didn’t have these things on the radar, the AIDs scare was just over, and they were doing something ballsy and exploring human rights in the future in a way that might not have been perceived yet (in a world writing scifantasy novels about women who are all the men’s slaves but in the FUTURE I’m looking at YOU GOR), not just commentarying on today’s politics.

Hey, if you’re reading this, I have a question. We have two options. Well, three.

1) Follow Atrina for a while (at least the next six pages will anyway, but we can cut after the scene is done.)

2) Cut back to Leawyn PANICKING when the scene is done.

3) Cut to NEW CHARACTER?? (hint: he’s on the cast page and his name starts with C)